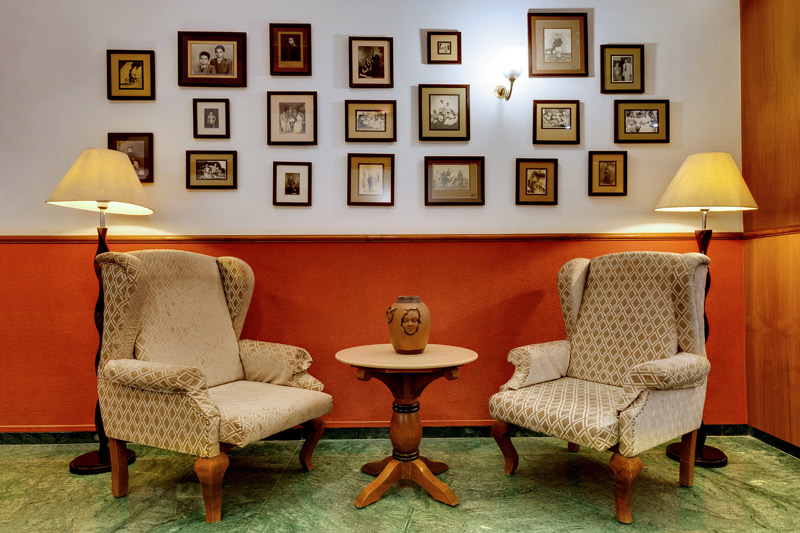 Mani Mansion since 1923 is a heritage property that has been refurbished to match the modern day demands of an urbane stay. It is a result of adding urbane architecture to one of Ahmedabad’s finest properties. This Heritage Haveli is a home of Dalal family. The Haveli is also an important part of the evolution of the culture, history and lineage of the city of Ahmedabad. Built by the legendary social worker and acclaimed businessman-Manibhai Dalal in the year 1923, the Haveli continues to resemble the magnificence of its original architecture even today.

WelcomHeritage Mani Mansion is considered one of the best hotels in Ahmedabad for its close proximity to the famous ruins, one of the most prominent heritage sites in India that attracts a number of tourists and travelers from around the world, every year. Mani Mansion is home to a range of spectacular fine-dining experiences, with flavours crafted for every palate.

A stay at Mani Mansion is equivalent to the magnificence of staying at a heritage property that has once housed eminent literary personalities, well known poets and legendary musician. In the yesteryears, the Haveli saw a regular influx of visitors from the influential strata of the society. Gujarati literary giants including Jyotindra Dave, Jay Bhiku and Chandravadan Mehta were patrons of the Haveli and stayed here for days working on their projects. In fact, there are rooms in the Haveli that still carry the essence of their artistic creativity. Legendary artists like Ravi Shankar Raval, theater personality-Jay Shankar Sundri were also frequent visitors of the Haveli. Mani Mansion preserves the lineage and continues the legacy with eminent personalities like Dr. Murli Manohar Joshi-one of the country’s most respected politicians, Dutch Pianist Mike Del Ferro, Bollywood celebrities, theater artists like Bomi Dotiwala, Asha Parekhji, Padmashree Shubha Mudgalji, Padma Bhushan Mary Kom, and Oscar Nominated -Bombay Jayashree having been patrons of the hotel and its facilities. More recently Grandson & Great Grandson of Mahatma Gandhi have been guest of Mani Mansion.